Training to Run a 5K I’ve also ran 2 4K’s for my company through their 4K4Charity series. I’m not really a runner, never have been. I was OK at short distance runs of a mile or less, but anything over a mile and my times decrease substantially. What I am good with is improving endurance and cardio.

The first 4K4Charity fun run I did took place about a month after I started exercising again. I was doing 2 maybe 3 kickboxing classes a week and knew how to last for about 3 minutes at a time before gassing out. I ran it in 27+ minutes. So I set out with a game plan to make myself faster.

I did my second 4K run in a little over 17 minutes, placed 11th in my company, which consists of a lot of long distance and serious hobby runners, then turned around and trained an hour of Jiu Jitsu and an hour of Muay Thai a few hours later. I turned around and did another hour and a half of training the next day.

Enough yammering about yourself, what’s the training protocol for running a 5K?

There really is no secret to running. Go outside and start running. If your only source of exercise is running try for 3 times a week. You’ll also want to alter your training protocols to keep things interesting. If you’re completely brand new to running something like the couch to 5K app can get you going. You should also look into strengthening your feet as well before starting. If you have a pre-existing base you can avoid the apps or skip ahead to further down the protocol.

If you are already involved in other exercise programs then aim for 2 times a week. For my last 4K training program I was doing 2 days a week running / walking one to 2.7 miles per outing. I did one 5K test run between May and September as a test to see if I could run 5K before doing the Fund Run. Intensity levels were based on how I felt that day.

Apps like Strava can help you compete against yourself to keep things interesting. To make actual gains in running you need to occasionally push yourself. I had the same three routes for the four-ish months I was training where Strava would measure the times it took me to complete a specific portion of the run. Some days I’d push to beat those times. I’d sprint for those segments I wanted to beat then slow down to catch my breath, then sprint again.

What is the training protocol if the race is coming up quick?  Like 6 weeks away quick

If you’re doing two days a week and have a pre-existing fitness base / additional exercise programs aim for one sprint day and one longer run day. This is the 6 week plan I’ll be following and I haven’t really run since October ’17.

I’ve literally done nothing more than walk for a warm up before running. Then again I typically walk half a mile to a mile to get to where I’m going to go running so that adds a good warm up and cool down to my routine. In other words, don’t drive to the track and start running. If you live far away from the park or track then do a few laps around the track walking before you start running.

I looked up some fitness blogs and they made mention of throwing in some active movements before getting started. Ironically some of the movements suggested were the same warm up moves from my Monday 1/29 workout routine – toe touches and lunges with a twist. The idea of the warm up is to prime your muscles for movement instead of going into the exercise cold. A half mile walk to where you’re going will definitely give you that.

10 100 yard sprints. If you have a football field nearby run the football field. If you have a track nearby run 100 meters. It’s about 3 yards shorter, which is maybe 3 strides so the distance is negligible. Run as fast as you can then walk back to the starting point. Do it again and again. * Please keep track of your heart rate and don’t go super crazy.

2 mile “run.” I’m stealing the idea from somewhere but can’t recall the source of the article. If you have a track nearby or use a running app that measures distances this will be easier to track. Jog the first quarter mile then push the next quarter mile. Pushing and sprinting are not the same thing. Push means run faster than a jog but not a sprint. This would be your race pace come race day. Return to jogging until your heart rate and breathing return to normal (quarter to half mile.) Then push yourself again for a quarter mile. Go back to jogging. If you still have more to run go back to alternating the pushing yourself with the jogging.

The main reason we’re alternating from jogging and running instead of running and walking is the mental aspect. Any distance running is a lot of mental stuff going on in your head. If you train to not stop running when you get tired and instead you just run slower then come race day you’ll be mentally ready to not stop.

10 100 yard sprints. This is going to continue to be the same protocol until race day. If you’re not dead tired after 10 rounds of sprints you’re not pushing yourself hard enough. Make sure you’re putting in the work and the effort. Your times will improve (although this is a 6 week program so how much they improve is a good question.)

2.5 mile “run.” Week 2 might look a lot like week 1. Week 3 you can hopefully jog for a shorter period of time to get the heart rate and breath back to normal.

3.5 mile “run.” But I’m only running a 5k!! Yeah, I know. This is the mistake I made last time when I ran the 5K but was only training for a 4K. You have to train more than the distance your running so your brain doesn’t get all worked up that it’s going further than normal. Do the same alternating pattern of jogging and running.

Same. I was really tempted to suggest some sort of running up and down stairs routine but with only 1 week to go before the 5K and the potential for doing something silly on a stairwell stick with the sprinting on flat ground.

2.5 mile run with some HIIT thrown in. Crom (Chris Romulo) has suggestions regarding how amateur / professional fighters should train while doing “road work.” Road work means running. While the concept is geared towards helping fighters, I think the concept translates to the average citizen running a 5K as this is part mental preparing you to push yourself if and when the going gets rough.

Sprint. 10 times. 100 yards (unless you’re on a track then its meters.) But you already knew that.

2.5 mile “run.” Alternate the jogging and the pushing hard.

And that’s the routine. Is it really going to work? I’ll let you know on the 18th of March.

Get yourself some running headphones. They don’t have to be expensive. I picked up a pair that wraps around my head for $30. Sync them up to your phone and listen to motivating podcasts or your favorite music.

Also get yourself some compression everythings. I started off picking up compression socks then moved up to compression ankle items and compression quad wraps. I finally gave up and just purchased compression pants. These things have been a lifesaver for me suffering from a variety of IT band related issues.

Find a running buddy. Running is more fun when you’re with more than yourself. Running by yourself can be very meditative, but running with others lets you get that little bit of competition where you push yourself just a little bit more to try and keep up with (or beat) your running buddy. 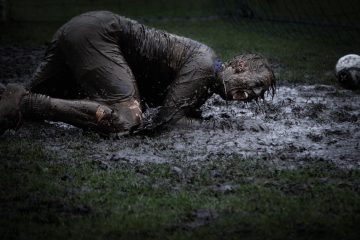 There are many physical activities which require a lot of effort and exertion. No doubt these activities are good for physical fitness, but they often take fun out of the equation. It feels like an Read more… 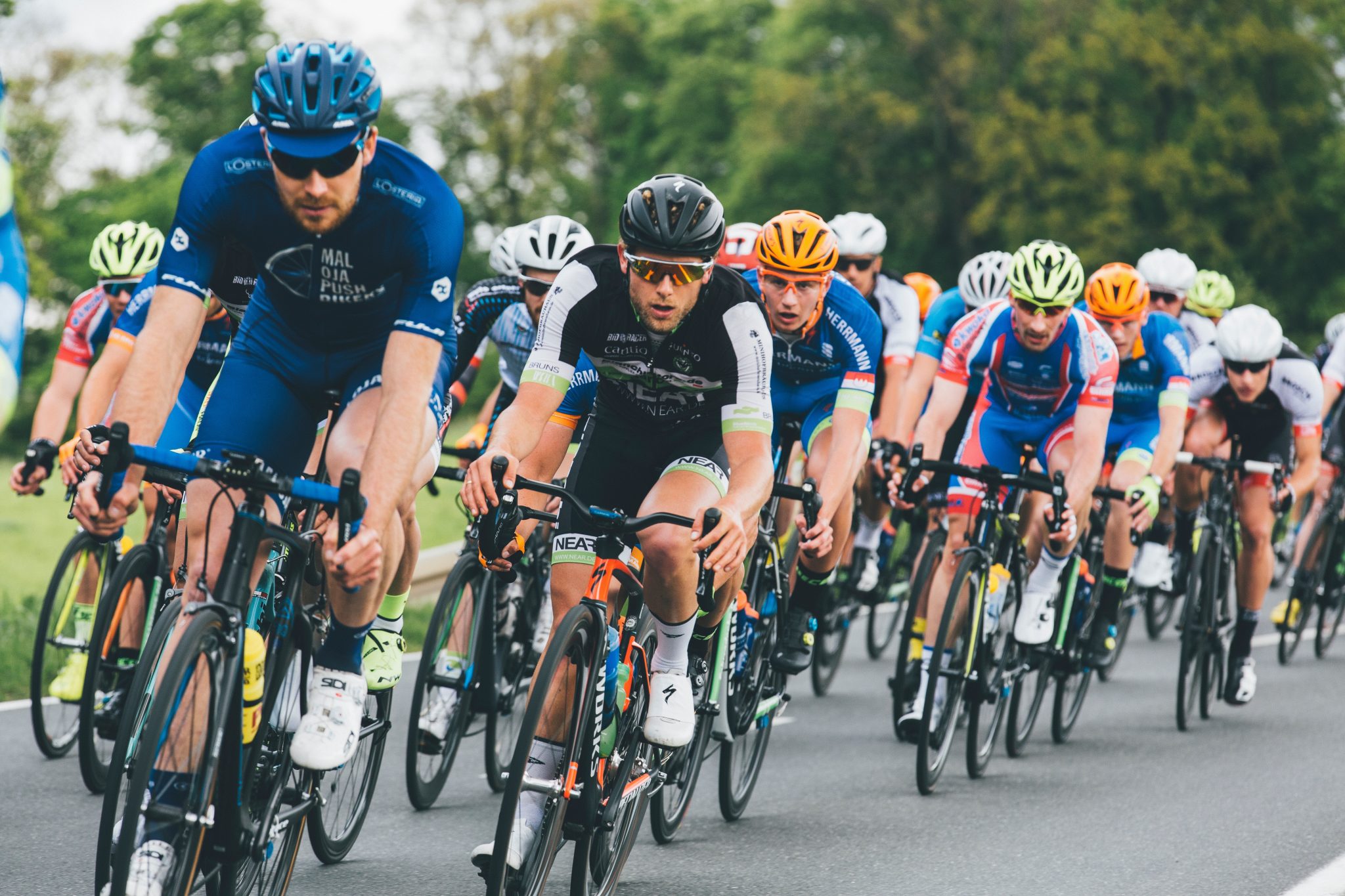 GETTING READY FOR YOUR FIRST TRIATHLON: TIPS THAT CAN GUIDE YOU 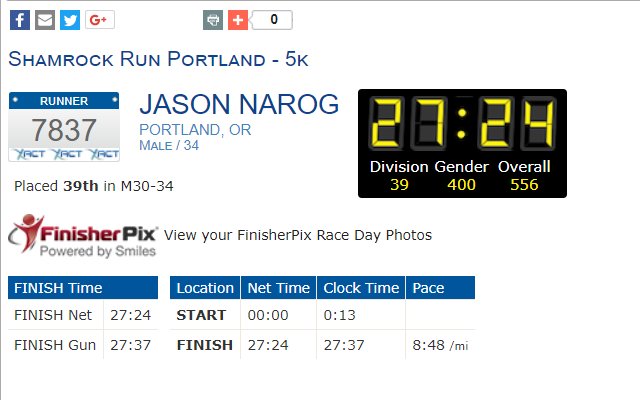 Who says the reviews section has to be products? I decided moving forward I’m going to review events, races, competitions, and a variety of other items I think might be fun for the readers to Read more…