During a recent morning wellness workout, I busted out the agility ladder to add some extra fun to the routine. You can incorporate a variety of footwork drills, single leg drills, and mobility drills with agility ladder routines.

If the drill involved a single leg or leading with a particular foot we did 6 rounds, 3 on each side. If the drill was facing forward it was 3 rounds total.

Remember playing hopscotch as a kid? The bouncing on 1 leg part? We’re doing that, only with an agility ladder. Start on your weaker leg first (we all have one) and hop from rung to rung. When you get to the end jog back to the starting line and hop on your stronger leg.

This is similar to the single leg corner hop where you find a spot on a mat where the 4 corners touch and softly jump / softly land in each of the four corners, only we’re using the ladder to avoid needing 4 touching corners.

Routine One – In the Box, Out of the Box

Hop both feet wide outside of the rungs. Now bounce inside those rungs. Jump outside the next set of rungs then into the rungs. Repeat all the way to the end of the ladder then jog back to the starting point. This is demoed in the video at the end of the post.

This one is going to test your ankle stability and mobility. The overall concept is similar to above, but foot placement is different. Put your feet together and hop to the outside of the first rung of the ladder. Now hop inside the ladder. Hop outside the ladder on the next rung. Now hop back inside.  This is demoed in the video at the end of the post.

Routine One – Sideways In and Out

Face sideways, doing your weaker side first. Both feet go into the square then lift your lead leg high-ish as though you were stepping over a hurdle. Do the same with the other leg. An alternative description to this would be high knees moving sideways while inside an agility ladder. The video below is close-ish to what I’m describing.

Remember the lateral crab walks from 11 minute glutes? We’re doing the same movement only wearing a resistance band around the ankles. Your lead foot will be one rung ahead of the other. The agility ladder forces you to take larger steps on the lateral walk, which increases the resistance of the band. Move slowly enough to control your body.

I found a video on Youtube that covers a lot of what I describe in this post, plus a bit more. 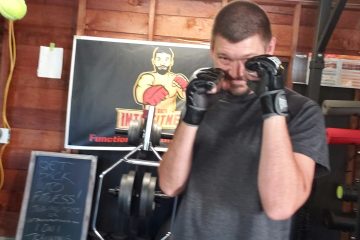 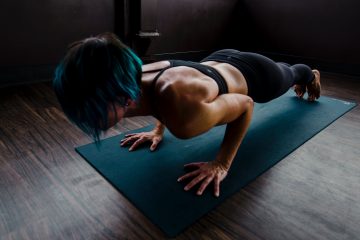