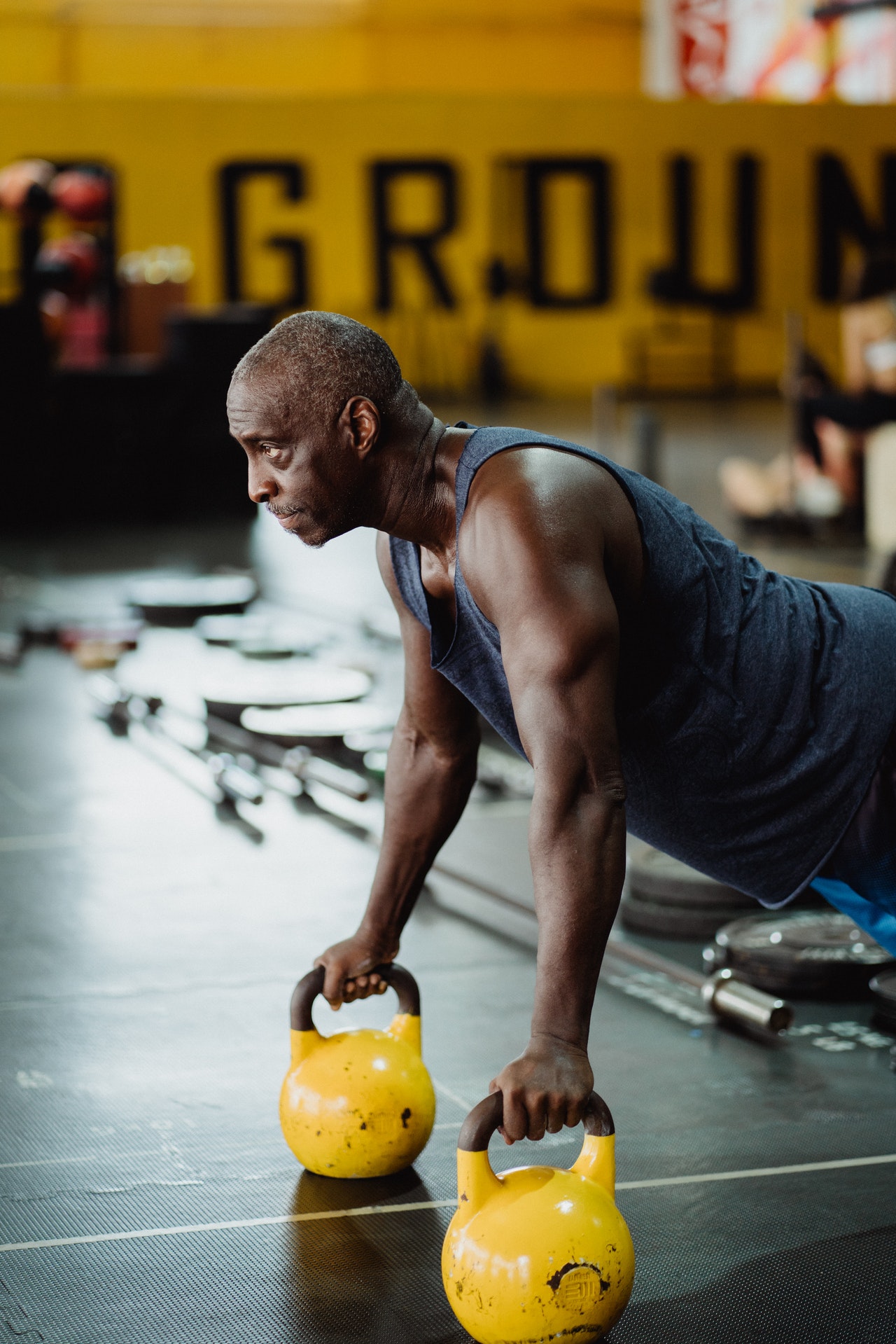 Farmers & Suitcase Carries – Held at side

Your side abs, or obliques get quite the workout in farmer’s or suitcase carries. The suitcase carry involves walking with 1 kettlebell on one side while trying to prevent the kettlebell and gravity itself from pulling you over. Stand straight up tall and walk. Don’t fall down to the side of the kettlebell. Keep upright, looking forward, and walk. Shoulder blades down and back, keeping the shoulder away from the ear. This will strengthen the opposite side ab that is now keeping you upright, as well as work the total core as you walk in an upright plank motion. [this is a total body exercise from feet to head, but is traditionally described as a “core” exercise. You will get some bicep / tricep action.]

The farmer’s carry is the 2 hand variation. One kettlebell in each hand. You will experience the same wanting to fall to one side as you take a step, but it’s slightly less pronounced as both sides are weighted.

This is the same idea but you’re holding the bell overhead. 2 grip variations, your hand through the horn with the bell pressed against your forearm, or holding the horn so the bottom of the kettlebell is pointed towards the ceiling (known as a “bottoms up” hold.) Keep the shoulder packed (and down / back) while you walk. Same idea here, you’re getting an ab workout but you’re also taxing those shoulders and lats just a bit more than you would with the suitcase carry. Try this if you’re bored with the suitcase carry and want a challenge, but don’t start with this. [Your triceps will also get a workout keeping the arm up.]

Similar idea to the above two, only this time you need to clean the kettlebells up to a racked position. You can also cheater clean to get 1 side up and do more of a suitcase carry than a farmer’s carry. For a cheater clean you would place the hand you want to lift to down first on the bell, then put your other hand on top, swing the bell between your legs and catch it up around chest level. The horn of the bell would be turned so you’re grabbing in the middle of the horn with your hands. [I realize this is hard to visualize, I’ve got a video of how to do this filmed somewhere, I believe it’s included in Push Ups and Pizza and if not it will be.]

The sandbag community was big on doing these. Get into a straight arm plank position with the bell slightly off to your side (but grabbible.) Pick it up and place it down on the other side, rinse, and repeat.

“Arms” is a fairly generic term. Technically the forearm is part of the arm so I guess I should include something for that too. I was originally thinking bicep / tricep.

I typically use this for both grip and oblique work, but it also taxes the forearm like crazy. You hold the bell in the middle of the horn and have the bottom of the kettlebell face up towards the ceiling. This can be progressed into a walk (you’ll either be in a rack like position or overhead) or into a press (which also works the arms and is coming next.) Squeeze your non working hand (if doing this with 1 bell) to keep the body tight and active.

My preference is towards the strict press as you’re activating more of the upper body muscles without an assist from the bounce you get from the push press. You’re technically working shoulders and arms in both, but it’s less shoulder and arm with a push press than a strict press. The bell will be pressed up overhead from the racked position. As stated above, the bell can be held in a traditional racked position (either cleaned or cheater cleaned into position) or in a bottoms up position. Do your damnest to keep the wrist straight and neutral while pressing.

Both the push up and the renegade row are going to give you an arm workout as well as an ab workout as you maintain your plank. Get 2 bells you can balance on (or one with the other arm on the ground) and keep your wrists straight as you perform slightly inclined push ups on the bells. At the top of the push up you can incorporate in a row (alternating sides) while doing your best to prevent your body from rotating. The anti-rotational aspect of this row is where even more core stability work comes into play.

This is also a good forearm / wrist exercise as you need to keep everything straight while rowing and pushing. 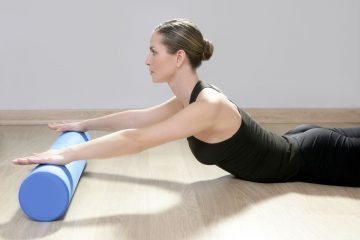 On the potential off chance you started searching for “superman exercise” because it’s in Robert Pattinson’s list of things he’s doing to be Batman, you’re in luck. I’m going to show every variation imaginable and Read more…