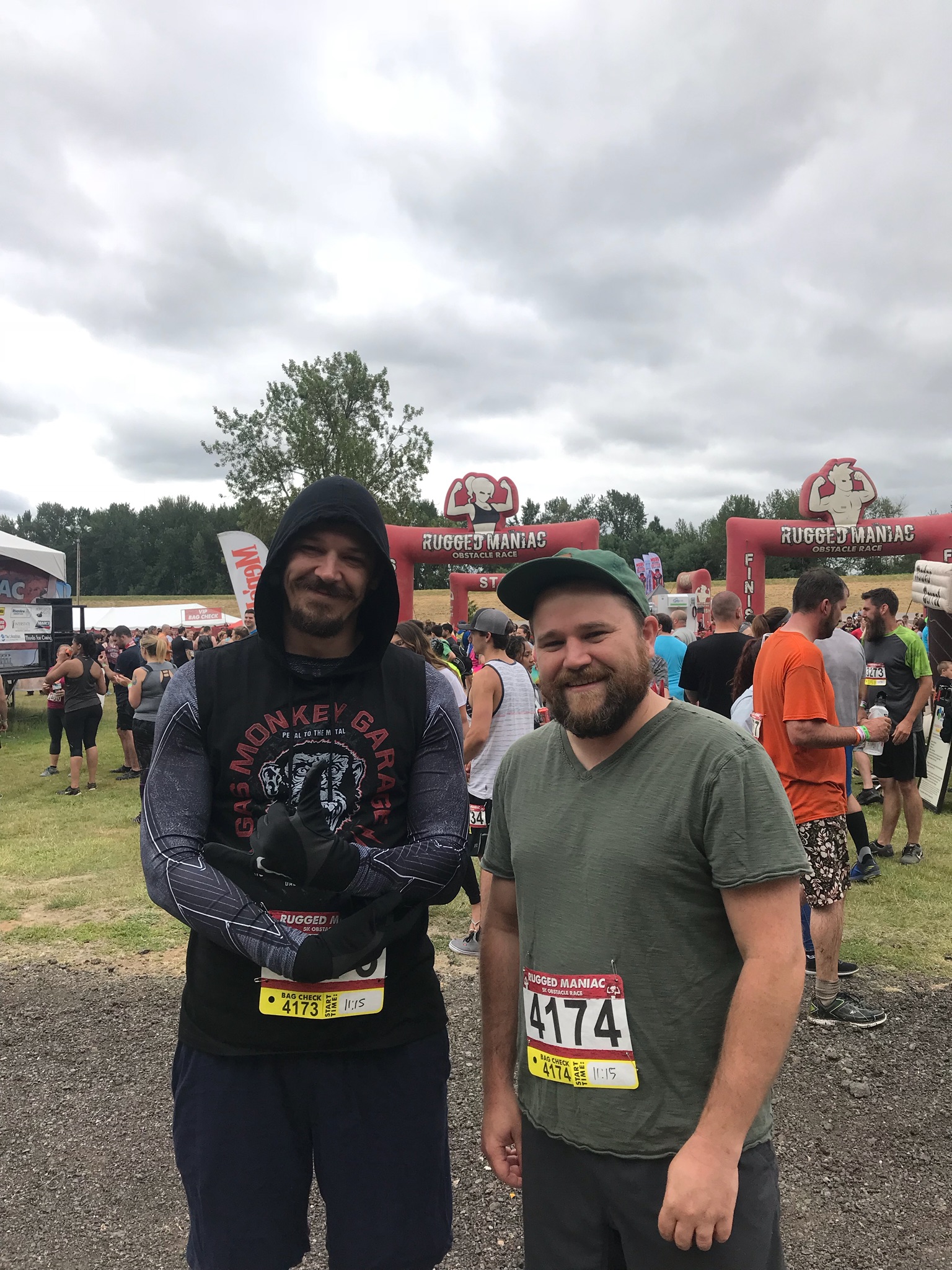 Hi, my name is Jason Narog and I’ve been working in an office environment since 2008. I was a freelance web developer working out of my home office until 2011, when I began working for a variety of companies.

I gave up on exercise when in 2001, when I thought I tore something in my knee while rough housing with friends. Instead of going to the doctor to have my leg looked at (my excuse being the last time I had surgery there were complications that I did not want to repeat) I took up smoking. I had days where I couldn’t move without serious pain in my knee and began wearing knee braces I purchased from various pharmacies and big box stores to try and manage. Walking too quickly could cause a flair up for me.

Something had to give

Flash forward to late June 2016. My wife and I had just moved into a new apartment and I was lifting a couch to move some wires to avoid creating a tripping hazard when my knee went out again. I talked to a coworker of mine who told me to go to a physical therapist due to my refusal to visit a doctor.

So I went to TherapyDia Portland to get a professional opinion in July of 2016. They tested my knee, determined I didn’t need surgery and gave me some stretches and exercises to perform. They also determined that my body mechanics were poor (I was externally rotating my feet while walking, which was putting unnecessary stress and pulling of my IT band which was in turn pulling on my knee) so I focused on correcting my walk. I was encouraged to start exercising.

I had received a career diploma from Ashworth College years before as a Private Investigator and had put off doing anything with the idea due to not knowing a martial art. While browsing the Facebook one evening I found an ad for Northwest Fighting Arts Muay Thai program. I signed up and was taking classes by August of 16. I weighed over 210 lbs when I enrolled. I quit smoking in September of 16 to improve my breathing and cardio.

In October of 16 I ran the 4K4Charity Fun Run for my work. I ran the 2.49 miles in over 26 minutes. I walked 3K of the 4K after trying to sprint the first K. So I made a plan. I was going to win the 4K fun run. I enrolled in jiu-jitsu at NWFA in October and am still doing both Muay Thai and jiu-jitsu to this day.

It was becoming a habit

I started exercising during my lunch breaks at work doing push ups, sit ups, pull ups and bodyweight squats. I used phone apps to track my progress. I began meditating in the morning before work and found a good program for yoga to do in the comfort of my own home (yogaforbjj.net).

In May of 17 I enrolled with the National Academy of Sports Medicine to begin studying their certified personal trainer program. I set up a pseudo exercise class during lunch at my work where people could join me to work through my routines. I took a week off work so I could focus on getting my first stripe in jiu-jitsu. I messed up my ankle in the process.

I put together a team to help me with pre-hab and rehab while continuing to exercise. I found a great massage therapist in Liz of Ling’s Therapeutic Massage, an awesome chiropractor in Dr. Carrie Ebling of Elemental Medicine and my guide in Total Body Modification in Portland Acupuncturist, Travis Kane.

Brian Worthy of Practically Fit PDX became my personal trainer in August of 17. I highly recommend him as a personal trainer as he has listened to my goals and desires and has adjusted my training program to meet short term goals related to my muay thai and jiu-jitsu training needs.

I ran the Reed College 5K Fund Run in September of 17 to test my training and running ability. I finished in a little over 25 minutes and finished 85th overall. I flew to Costa Rica in October of 17 to train with Sean Fagan, the Muay Thai Guy, and Chris Mauceri for one of Sean’s Muay Thai Retreats. I ran the company 4K4Charity Fun Run again on October 12th, finishing 11th in our company at a little over 17 minutes. I had shaved close to 10 minutes off my previous run only 1 year earlier.

I passed the NASM CPT exam October 29th,2017 and currently weigh a little under 180 lbs. 15 years of no exercise. One trip to the physical therapist changed my life. I chose fitness.

Thank you so much for reading all the way to this point.

I would love to share my love of fitness with you, if you’d let me. I would love to help you get motivated to succeed at your goal. If you would like to chat about your goals please fill out the form below.